I overheard two women talking in a coffee shop the other day. I think they were both teachers, and they both had young kids. They were discussing how they wanted to keep their daughter’s from getting into Disney princesses and turning into anti-feminists, and bemoaning how difficult that apparently is when all the other little girls’ parents were happy to give them Disney everything.

This reminded me that I’ve never been able to understand why feminists should such have a beef with Disney. It was Disney that introduced me to the concept in the first place.

All these families had two parents and at least two kids. I’d never even heard the word divorce until I went to high school. The dads all worked and the moms all stayed at home with us kids. It was the same with all the other families in the neighbourhood, and we were all taught that this was what we should aspire to as adults ourselves.

I remember when my mom first explained to me that I’d have to start school. She told me that people go to primary school, then go to high school, then to something called Oxbridge, then they get married and have children. This being despite the fact that my mother only has two O Levels and so never went to any university, never mind Oxford or Cambridge. She listed these stages as though all of them were mandatory, so for the longest time I assumed that they were.

My family had very much the ‘man as head of the household’ scenario. This did have a lot to do with the fact that my dad is a sociopath and considers the man to be the ‘main one’ in any relationship but the other families seemed to work quite similarly.

I didn’t know what I wanted out of my life but from being at least four I knew that that life wasn’t for me. I wanted more, I wanted to go everywhere, do everything, see everything. And I definitely didn’t want some man dictating my life.

But I didn’t know that there were other options out there. Until 1991, when I went to the cinema to see Beauty & the Beast.

Belle was literally the first ‘person’ I’d come across in my short life who I could actually identify with. She loved books, just like me. She wanted more than the provincial life, as I did. And she didn’t want to marry the ‘right’ man, have his children and cook his dinner. She knows her own mind, just like a good feminist role model should.

She’s also brave, going hunting for her father in the dark, scary forest and standing up to the villagers when they want to take him to the asylum. And offering to be the Beast’s prisoner in her father’s stead seems a pretty nobel action to me. What more do feminists want?

It was the same with Jasmine in Aladdin a year later. She wanted to live her own life and have adventures. And she stood up to Jafar even when it would have made her life easier not too.

Another seemingly inoffensive role model who taught me that it was okay to feel the way that I was feeling.

Hell, even Snow White, who was drawn back in 1937, shows strength of character in making a new life for herself after losing her mother, surviving an attempt on her life and being separated from her father all in quick succession.

But the problem is, apparently, that these women still go on to end the movie by marrying the man of their dreams.

Well, I’m sorry, but someone either gets married, or is married, in pretty much every movie I’ve ever seen. This is because in real life most adults either are, or want to be, married or in a long-term relationship. And this isn’t seen, at least not be anybody all together sane, as being anti feminist. Most people find that it’s in their nature to seek out a partner, and if they’re not looking for the person of their dreams they at least want someone who is right for them. And because Disney princesses are characters in films who get to have happy endings, they always end up finding the right person.

Surely at least it’s a good thing that these films give young girls the message that they should hold off settling down until they find a suitable person. And if it isn’t, is it really so hard for their mother’s to explain to them that they don’t have to aspire to live like cartoon characters because they’re, y’know, real? 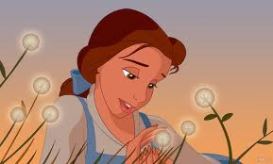 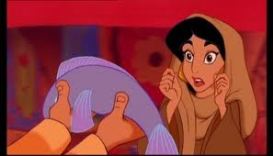 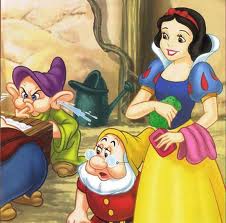