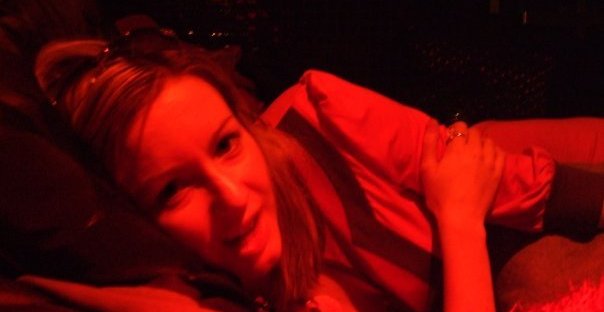 “A woman’s orgasm is such a fragile thing, dependant as much upon her mind as on her clitoris.”
― Megan Hart

Ladies, have you ever had an orgasm?

I had a conversation over the weekend with a bunch of women in their mid thirties. Almost half of them had never had an orgasm.

Most of them weren’t bothered.

Either they had bought into the idea that women don’t really enjoy having sex, it’s just something that they do to keep their partners happy, or, they were too uncomfortable with their own bodies to want to focus on them for long enough to learn how.

In some cases both.

Some of them genuinely believed that other women who told them that they do have orgasms were lying due to societal pressure.

As this isn’t socially acceptable in real life I asked Twitter instead – #haveyouhadanorgasm?

The exchange that followed has inspired me to write a series of posts about women and sex to hopefully start a conversation about orgasms, and failing that at least I’ll have satisfied the overwhelming need that I feel to do something about this.

I’ve been thinking and reading about sex and sexuality a lot recently anyway – I’m going to review some of the best books I’ve come across so far – as I’ve been reconsidering a whole lot of things, trying to reestablish what I think and feel outside of the knots in my poorly brain. And it seems for many women that would be a pretty good place for them to start as well.

As teenagers we’re taught how to avoid pregnancy and sexual transmitted infections, if we’re lucky we might receive some education around what a respectful and healthy relationship looks like; but aside from that it’s quite easy to take away the impression that when it comes down to the action itself there isn’t much too it – just get on with it and everything will naturally happen as it should.

And if that isn’t particularly pleasurable then either that’s just the way it’s supposed to be or there’s something wrong with you.

To have a healthy and satisfying sex life, just like any other aspect of a healthy lifestyle, you need knowledge – about yourself and your partner – effort, and practice.

And sexual activity, either with yourself or with someone(s) else, that brings you pleasure is something definitely worth doing.

There seem to be a number of, sometimes conflicting, obstacles to this which I’ll look at in more detail over the next few weeks.

But unless someone does it’s nigh on impossible to work out the best way to bring you to orgasm.

It’s not the same for everybody, nor is it something that anyone else knows instinctively how to do for you.

Then on top of this we’re bombarded all over the place with contradictory messages about women’s sexuality.

With conservatives and traditionalists on the one had trying to teach us that sex isn’t something to be particularly enjoyed by anybody, especially not by women who are supposed to remain ‘pure’ and unsullied by thinking of such things. And possibly not all by anyone who isn’t a heterosexual.

And on the other we have the more liberal attitude that women should have sex with whoever they want, whenever they want, as this represents liberation and empowerment.

As well-meaning as it may be this message is also problematic as it sets up an opposing ideal that some women then feel pressured to live up to – as an independent modern woman I must be having lots of sex, ideally with lots of different partners. And once again there is no suggestion that women do this because it gives them pleasure.

Conversely, and this is the contradictory part, we also, as a culture, have a very goal oriented attitude towards sex. Particularly heterosexual sex. The goal of sex is orgasm, for two heterosexual partners the goal is specifically to achieve orgasm through penetrative sex. This usually works well enough for him, less often for her.

This very narrow definition of what constitutes ‘having sex’ unhelpfully leaves out most of the things which might result in reliable orgasms for women – as most women need direct clitoral stimulation to climax.

It also puts a lot of pressure on to this having of orgasms business. For women and for men as well. After all, if the point of having sex is to have an orgasm, and you ‘fail’ to have one, what does that say about you? And yet that expectation to ‘perform’ to a climax makes it less likely that either party will be able to, as to be able have an orgasm you first need to be able to switch off and relax.

On top of which none of it makes any sense. Especially the male-centric version.

Does it mean that if nobody has an orgasm that it isn’t sex? If a penis doesn’t ejaculate into a vagina it isn’t sex? So a cis-man has to be involved for it to count as ‘sex’? If orgasms and penetration are what make it ‘having sex’ what does that say about foreplay? That it’s dispensable? That it isn’t ‘real sex’? That it isn’t supposed to be enjoyed?

And is getting your rocks off all that ‘having sex’ is about? What about romance? Or intimacy? Or connection? Or just plain fun?

I think it’s worth considering why we do the things we do in a sexual context and what we mean when we talk about having sex.

Anyway, those are my initial thoughts on the subject, as I said at the beginning I’ll be elaborating on them over the next few weeks. So now it’s your turn. What do you think? Can you relate to any of this or do you have no idea what I’m talking about?

And most importantly, have you had an orgasm?

12 thoughts on “Have You Had An Orgasm?”