I’ve felt very lost for the last few weeks. That’s why I’ve been so quiet, both online and in real life. I feel like because I’m not well, and not doing very much, my life has somehow got stuck on pause and that in the meantime my self has somehow gone AWOL. Who I am has become the answer that’s on the tip of my tongue but I just can’t quite bring it to mind.

So it seemed like perfect timing when I saw this blog link-up about the importance of self-confidence and taking time to compliment ourselves for our better qualities rather than concentrating on the things we’d rather change. It was helpful to have to have a good think and remember some things I can give myself credit for. Our positive attributes can often be the easiest to forget, especially if we’re struggling with depression and anxiety.

1. I quit the corporate fast track because I wanted to do something useful with my life.

After law school I went to work for a UK division of one of the world’s largest finance companies. I was on a management training scheme; I studied for professional exams, attended board meetings, and had scores of people working for me.

And I hated every second of it.

I didn’t feel like the job, or the company, really achieved anything. The point of my working day, of my life since I spent so much time at work that my job essentially was my life, was basically to create huge files full of paperwork and then to shift them around different sections of the business. I wanted – I needed – something more rewarding than that.

After leaving that job I went to work for a community mental health team that supports people with severe learning disabilities. It was just an office management position, something to pass the time and pay the bills until I figured out what I really wanted to do with my life. It was only after a year of watching the professionals on the team, the work they did and the difference they made, that I realised that I wanted to be like them. I wanted to make a difference and to help people as well.

Only I couldn’t really afford to go back to university, especially not to do a medical degree, so I started giving legal advice and practical help to homeless people instead.

Raucous parties. The aftermath of my last new year’s party saw my furniture covered in flourescent paints and my vain attempts to scrub henna and pizza toppings out of my ruined carpets. My flat-warming involved a 4am sing-a-long that half the building joined in. And the black-tie formal I threw for my last-but-one birthday was crashed by the wedding party that was using the same venue because our party were just having so much more fun than theirs.

3. When I decide I want something I ignore the obstacles and find ways to make it happen. 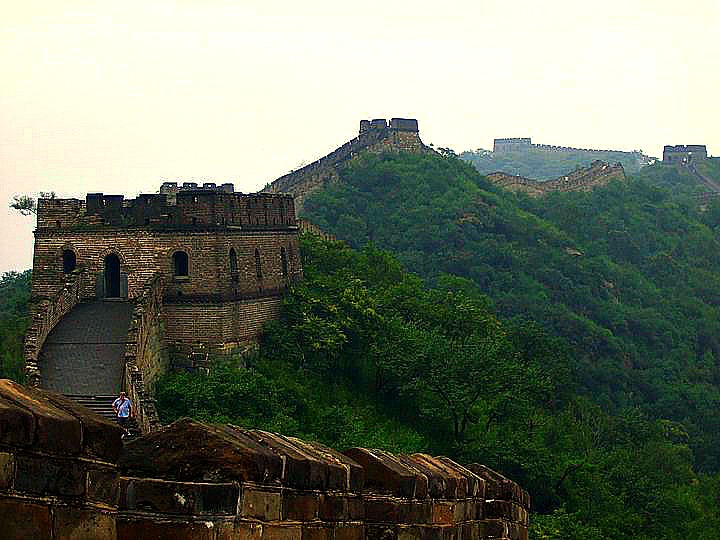 I decided I wanted to see the great wall of China, so I booked a flight to Beijing. I wanted to be able to speak Spanish, so I enrolled on an evening class and learned. I wanted to do something useful with my mental illness so I put it on the internet.

At four days notice I quit my job and accepted an invitation to spend the summer travelling around southern Africa. And the day after I got back I moved half way across the country to start out in a new career.

When I’m well enough to actually want things I have a very can-do attitude.

Also my German and Italian are passable, and I’m starting to learn Farsi.

Or, to relearn Farsi. I spoke it fluently until I was six – or as fluently as anyone can when they’re six – because our next door neighbours were Iranian and they spoke Farsi in their house; and they didn’t see any reason to change that when I was there nearly every day playing with their son and daughters.

Then one day my dad heard me counting some things out to myself in a language he didn’t recognise and went berserk. Being too young to realise that this was because he was an ignorant racist rather than because I’d been doing anything wrong I was too scared to ever say anything in Farsi again. Then I met some Iranian students at a party last year. Hearing them speaking to each other I remembered that once upon a time I would have been able to understand them and it made me sad. So I’m learning Farsi.

I’m kind and thoughtful, I’m a good listener, and I do my best to make sure I’m there for people when they need it. I’m not bad at the fun stuff either; see ‘I throw great parties’.

6. Despite having a stress disorder I’m remarkably calm under pressure.

For the most part I’ve approached all of these things in the same even manner and although of course everybody has their off days I’ve been largely unphased. My grandmother used to tell us that if you won’t still be worrying about something in five years time it isn’t worth worrying about today. And for the most part I took that on board.

I’ve also learned that stress doesn’t help anything, nor does showing stress inspire confidence in anybody else that you will be able to help them.

8. I stand up for the things I believe in.

I’ve campaigned and raised money for political and charitable causes and I speak up when I see things that I think are wrong or people being treated unfairly.

9. I’m a good cook and I like to cook for other people.

I’m always trying to feed everyone I know. At a certain point when I was growing up I learned to associate feeding people with caring for them.

I can communicate thoughts, ideas, feelings, and technical concepts in a way that people can understand them and/or relate to them. I know what to write or to say to make connections with people, persuade them of things, or just make them laugh.

Join in the link-up over at Avoiding Atrophy.