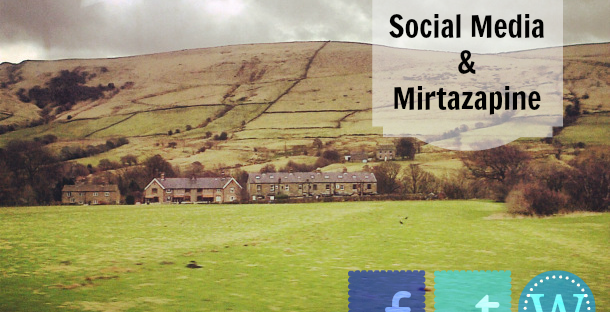 “Loneliness is proof that your innate search for connection is intact.” ~ Martha Beck

I’ve been away for the past few days cat-sitting Natalie Portman for the person who’s looking after her me. Which is fine, and it was lovely to spend some time with her; I do really miss her. The only thing was that she now lives in the middle of nowhere in a place with very patchy mobile reception. In a house without a television. Or a wi-fi signal. Or, in fact, after the first half a day once I’d used it all up, any internet connection at all.

I did not cope well with this.

In fact to say that didn’t cope well would be an understatement. I rely on having a wi-fi connection so much that I think I would probably have handled it better instead if I’d turned on the taps and no water had come out. I could have worked round that, I could have gone out and fetched some more water into the house.

I feel like a spoilt brat for complaining about it but just a few days without internet genuinely took me back a whole bunch of steps I’d made forward with my depression and anxiety. I hadn’t realised how much I’d come to depend on the internet just being there, or that I’d assumed everyone else felt the same.

Being in a new place made me unsettled and anxious anyway; having no way to contact anybody else, even if something bad happened, made it at least two dozen times harder.

But more than that I found that I struggled without access to social media. To Facebook, to Twitter, to Instagram, and to my blog reader. I missed having access to other people. Which surprised me seen as how for the last couple of months I’ve basically been a hermit. It turns out that feeling connected to other people, being able to talk to them or to just read about what they’re doing, is actually something that’s important to me – just so long as I don’t have to see them.

When I can’t reach out to chat to somebody – or read some absorbing and distracting articles or blogs, or scroll through my Tumblr and Instagram feeds, or even obsessively google my symptoms or the thoughts that are racing through my head – my mind gradually hones in on the strands of my consciousness that try to seduce me into hurting myself.

So I came back on the earliest train that I could this morning. I felt awful for not making the most of the time I could have spent with Natalie Portman but it seemed like the safest thing to do. I do feel more stable now I’m connected again. And at least now I know to add ‘check that I’ll be able to get online’ to the list of things to consider when navigating anything outside of my normal routine alongside managing my mental health condition.

7 thoughts on “Social Media And Mirtazapine”