“I heard that Jesus had a pet dinosaur. Evolution must be a myth then.” ~ John Bacon

I got so excited about dinosaurs when I visited The Natural History Museum while I was high as a kite on back pain medication that some woman asked me if she could leave her five year old son with me for the dinosaur section. As she felt he’d get so much more from the experience if he was accompanied by somehow who was as excited by the whole thing as he was.

Then she went off out the other end of the dinosaur exhibition hall to sit and wait for us.

But, anyway, I used to really like the BBC television programme Walking With Dinosaurs. Even though some of it was absolutely heart breaking; like the one where the pterodactyl was old, and no one at the mating colony wanted him any more, so he couldn’t get a good enough perch, and so he died. So when I saw that there was a Walking With Dinosaurs arena tour I really wanted to go and see it.

So I did. With a friend.

And we were literally the only people there who weren’t accompanied by at least one six year old child.

Somehow the thought had never occurred to me that this might be a kids thing. The television show was on in the evenings, and talked about dinosaurs in a way that was educational for adults. I just assumed that the arena show would be the same.

I didn’t learn anything really.

Although I did get to see all the ‘main’ dinosaurs except plesiosaur. I guess I’ll just have to go to Loch Ness for that. (Shut up. You’ll be telling me next there’s no Big Foot.)

He tells us to turn off our phones or he won’t be responsible if one of the dinosaurs is upset by them ringing and turns nasty. Also, that we won’t be able to get any reception anyway, as mobile phone masts aren’t set to be invented for hundreds of millions of years.

He then introduces us to the super-continent Pangaea, and spends the next couple of hours walking us through the Cretaceous, Jurassic, and Triassic periods; explaining how Pangaea broke apart to form the the continents of Gondwara, Laurasia, and Eurasia, the evolution of plants, and introducing us to some of the most well known dinosaurs.

All at an age appropriate level for the six year olds in the audience.

The show is very well put together. The dinosaurs are well made, and the set design is impressive. I particularly liked the way they presented the pterosaur. They turned the back drop into a rolling movie screen, which made the massive model look as though it were flying around its natural habitat.

It was a very good show.

I’m not entirely sure I’d have been as keen to see it had I realised that it was really for children, but I can’t complain now I have done.

The tour is currently continuing around the UK until the end of May, so if you’re interested you may still be able to catch it. 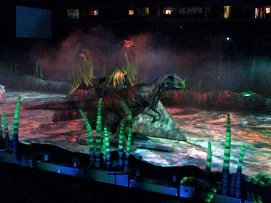 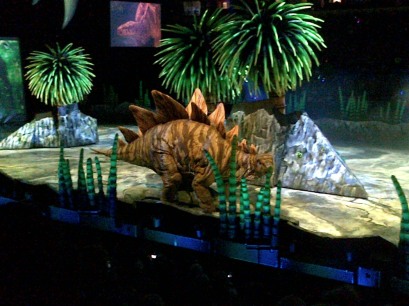 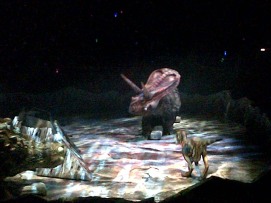 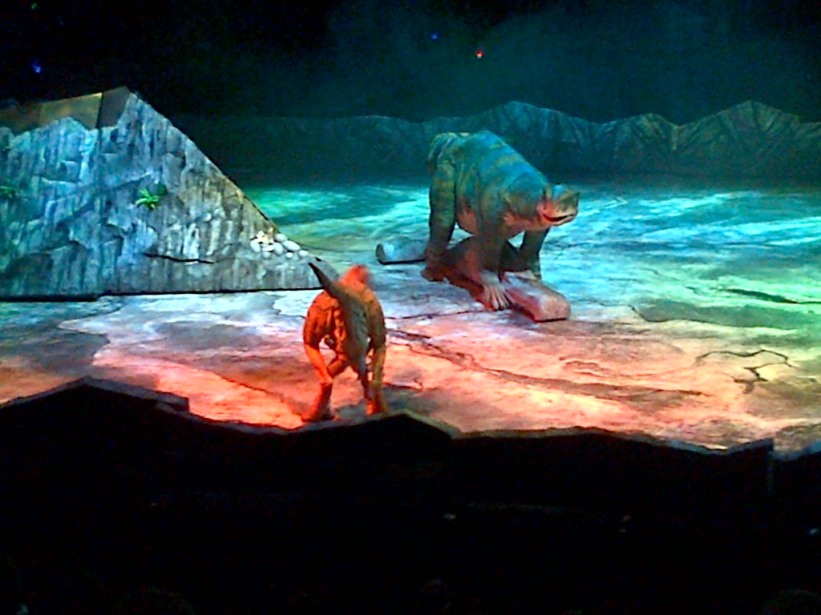 6 thoughts on “Walking With Dinosaurs”