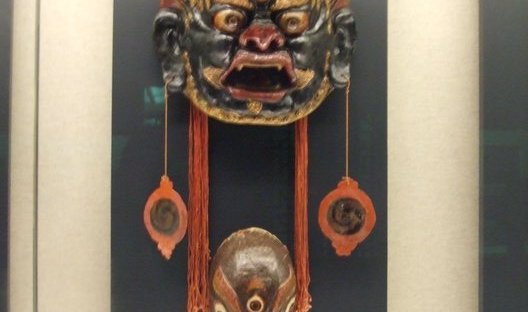 “Just walk-in like you own the place, everyone will think you’re meant to be there.” ~ Anon.

Most people at some point or other will find themselves with very little idea of what they’re meant to be doing. Be that at work, with their families, or in life in general.

And so, just as we did when we were children, we steal surreptitious glances at those around us to see how they’re doing, and try to keep up.

It’s something that I wish I’d come to appreciate sooner.

I spent all of my teens and a good part of my twenties worrying about how other people might judge me.

When I got to university I worried that everyone was going to notice that I was just bluffing, and that I wasn’t really as smart as everyone else.

When I started working I lived in fear that they were going to find me out, that they’d realise that I had no idea what I was doing and that I shouldn’t really be there.

It took me years to get passed the feeling that I really shouldn’t be the person that men my Dad’s age are supposed to turn to if they’re in mortgage difficulties and needed help to prevent their houses being repossessed. I’ve only recently started to be comfortable with the idea that I am mature enough to be the person you call if your child has been sexually assaulted by your partner and you need  help in finding somewhere safe to stay.

I needn’t have worried.

As long as I kept on doing the next right thing, and then the next one after that, nobody noticed.

Nobody had the time to pay any closer attention than that, and so long as I maintained a professional air and didn’t screw up completely, nobody noticed what was going on underneath. On the outside it just looked as if I was doing exactly what I was meant to.

And, of course, once you’ve done the right succession of things, in the right particular order, enough times in a row, it becomes second nature. And by that time you’ve made it. Then you can move on to bluffing your way from being merely competent to becoming an expert.

The same principle holds true in our personal lives. Although that’s not always such a good thing.

There’s an imaginary timetable in our collective subconscious that we all to some extent tend to measure both ourselves and each other with. A set of bingo boxes we’re supposed to aim to tick.

And if you match them all you’ll win life’s lottery.

To some extent this is perfectly natural. Most of those boxes represent things that most people say they want out of their lives.

But it also means that if it seems like you’re on the way to achieving these things most people will think you have your life on track. Few people will notice the struggle going on underneath. If you need help even those closest to you may not always know it. You have to remember to reach out to them. Which can be difficult to realise when for your perspective the struggle is the only thing to see.

It can also lead us to put pressure on ourselves, and even our loved ones, to stay on the path we’ve be told leads only to happiness, and to dismiss any urge to pursue any other road as self destructiveness.

Now it may be that these really are universal truths. I couldn’t say. I have a major depression, happiness isn’t exactly my forte. But as I’ve talked about before, in following road they’re ‘supposed’ to follow, and living the lives they’re ‘supposed’ to live, people can often miss out on the life they actually wanted to live.

You can’t always fake it ’til you make it.